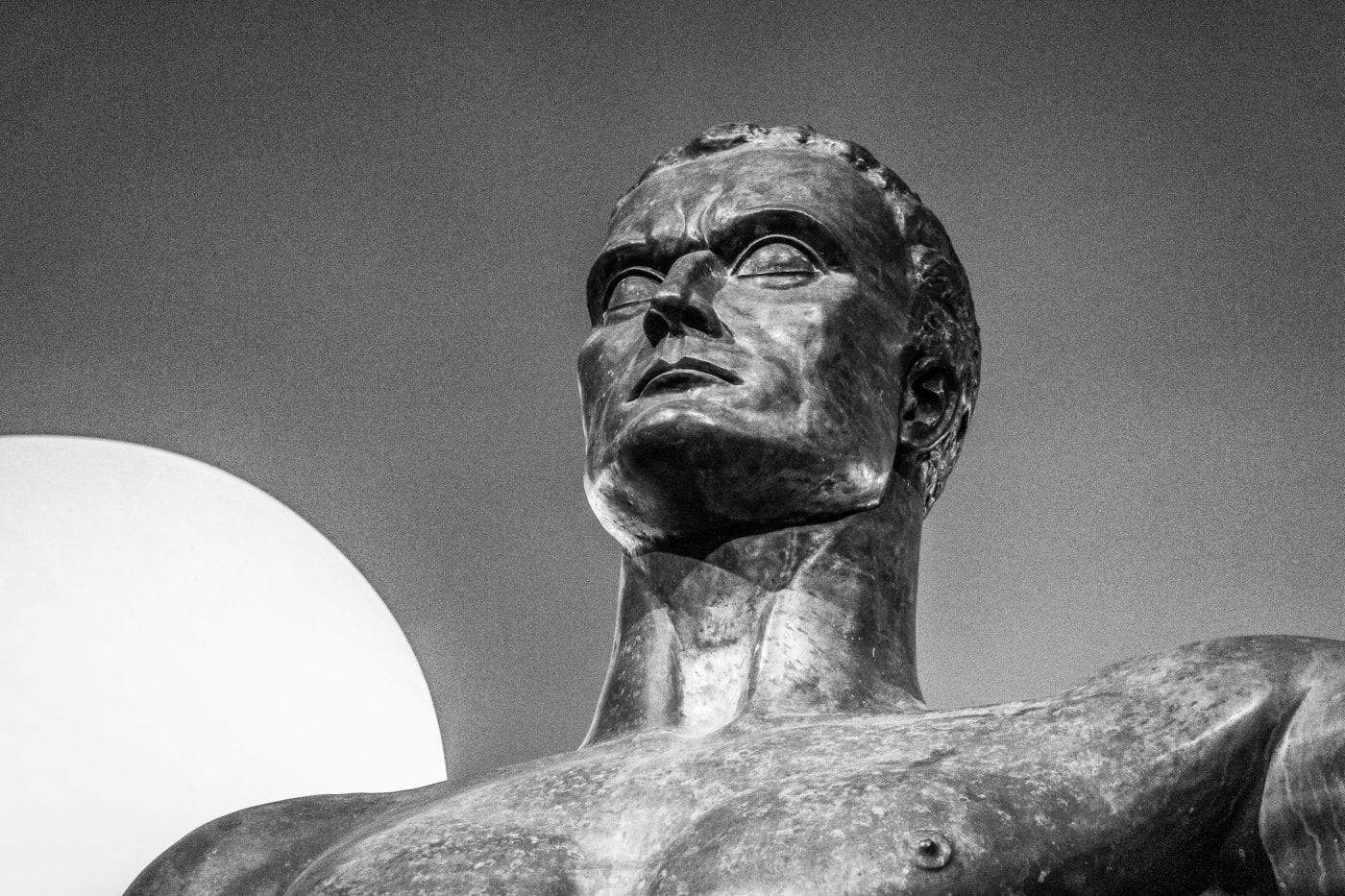 Characteristics of Nazi Art
In one sentence, the basic model for Nazi art was that of classical Greek and Roman art, a heroic and romantic idiom which (Hitler thought) perfectly embodied the aryan racial ideal. The main purpose of Nazi art was to promote Nazi ideology and to champion the National Socialist struggle. For example, during the 30s, Hitler’s primary aim was to create the illusion of an all powerful German state – the so-called “Thousand Year Reich” – in order to intimidate its citizens and impress its European neighbours. Nazi architecture was especially valuable in helping to convey the impression of power and permanence. These qualities were realized through the use of giant structures built in the style of neoclassical architecture, like Roman triumphalist buildings of antiquity. Notorious examples of Nazi architecture include: the Zeppelinfeld stadium used to host the Nuremberg rallies; the Berlin Olympic Stadium; the German Pavilion for the 1937 International Fair in Paris; and the New Reich Chancellery off the Wilhelmstrasse. New techniques included the use of dozens of searchlights shining vertically upwards in order to create Speer’s awesome “cathedral of light”.